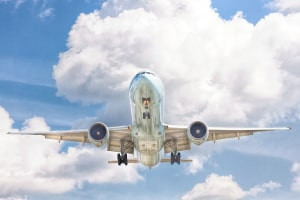 Learn about the procedures for assembling the structural components of an aircraft in this free online course.

Publisher: NPTEL
Aerospace engineers and aeronautical engineers are exceptional and highly paid professionals who contribute immensely to the growth of the aviation industry in the world. This free online course on Aircraft Layout and Component Design Methods will teach you how to select the conceptual shape, location and size of an aircraft. The credits and impediments of the various structural layouts and components of an aircraft are also discussed.
Start Course Now

In this free online course, you will be shown the relative location of the various components of an aircraft as well as the nature of the shapes and sizes of the components, including the wing geometry, propulsion system, tailplane configuration and undercarriage layout. In the first section, you will consider how the functional requirements, safety and reliability feature, as well as the design specifications of Airliners, satisfy and appeal to customers. You will become familiarized with the various layout possibilities of an aircraft, which will include the position of the wing, propulsion system, and the number of engines to be used per aircraft specification. These functional characteristics of the various components will then determine the layout objectives for the aircraft, types of aircraft engine configurations as well as the location for Mounting. You will then be shown the differences in the tail configurations, the structural features of the wing, and the layout arrangement of the gear. The structural features and layout arrangement will include a demonstration of major aircraft engine, tail and landing gear types, as well as the merits and demerits of integrating these components in an aircraft.

Next, you will learn about Initial Sizing and how to estimate the design take-off weight from the stats available from the mission profiles of an aircraft. Methods for initial sizing will adopt empirical or semi-empirical models that largely depend on historical data such as records obtained from statistical curve-fits for value computations. The concepts of Initial Sizing will involve estimation of weight parameters, engine and design parameters like empty weight fraction, mission segment weight, mission fuel fraction and several other important parameters that constitute the mission profile of the aircraft. Furthermore, you will analytically dissect the subjects of drag, lift drag coefficient, lift coefficient, and the concept of 'angle of attack'. Then, you will consider how to pass your conceptual design ideas to other Engineers by creating a 3D digital model via a parametric geometry tool as will be demonstrated in the video presentations.

Finally, you will see the different types of flaps and study how they confer superior climbing performance on an aircraft. Over the years, the components of an aircraft have improved exceedingly to make flights more efficient, safer and faster. If you are interested in the field of aeronautics, aeronautical engineering or aerospace engineering as a student, or you’re considering a career path in any of these fields, then this course is just right for you. The reliability of the components of aircraft hardware lies greatly in the features of its structural configuration, and the layout and configuration of an aircraft are what determines its specifications. Therefore, learning how to meet design specifications according to the customer’s needs is an essential skill for aspiring aircraft designers. Do not delay, start this course today!