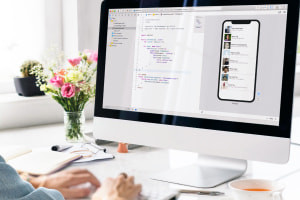 Publisher: YouAccel Training
Core Data is one of the most popular frameworks provided by Apple for iOS and macOS apps. One can use it to manage the model layer object in an application. This course introduces you to the definition of core data, how to create core data entities and attributes, and how to manipulate core data. You will also learn how to develop intelligent features and enable new experiences. Register for this course today and begin your next learning journey!
Start Course Now