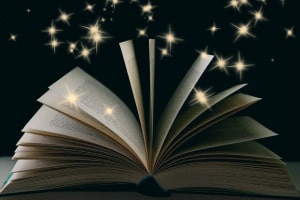 Study some of the key texts from the 20th century that aims to offer a complex understanding of fiction and reality.

Publisher: NPTEL
This free online course seeks to teach you some of the key texts found in late nineteenth-century and twentieth-century fiction that engage with issues such as imperialism, modernity, trauma, embodiment, agency and identity. Through a careful study of selected literary texts and their cultural contexts, the course aims to offer a complex understanding of fiction, reality and representation.
Start Course Now

In this course, you will learn about the key texts found in twentieth-century fiction writings. This course will explore literary symbols and themes such as the hypocrisy of imperialism and the absurdity and futility of evil. You will be shown motifs and themes such as gender, class, inequality, melancholy and the sublime natural world present in the story ‘The Postmaster’. Following on from this, you will be taught the literary symbolism present in the poem 'The Fly'.

Then, the course will introduce you to the social fiction that justifies the economic enterprise and colonial expansion in the novella ‘Heart of Darkness’. Also, the learner will see the literary symbolism present in ‘Love Song of J Alfred Prufrock’ and ‘Preludes’. After this, you will be taught the theme and motifs of ‘The Waste Land’ as it juxtaposes fragments of various elements of literary and mythic traditions with scenes and sounds from modern life. You will be shown themes such as coming of age, religion, and escapism which are present in the book ‘Araby’.

During this course, you will explore the critique of fiction contained in the story “Solid Objects”. You will learn about the complex symbolism and thematic depth in ‘Mrs. Dalloway’. Also, you will be taught the literary criticism of the twentieth century present in the novel ‘Ulysses’. Lastly, you will be introduced to the themes of mental illness in the story 'Toba Tek Singh' and also the themes of politics and femininity present in ‘The Chess Players’. This course is important for learners who would like to understand the motives behind the authors of the twentieth-century masterpieces mentioned. You will gain an insight into the time period behind the texts and how that influenced the way they were written and the themes they represent.