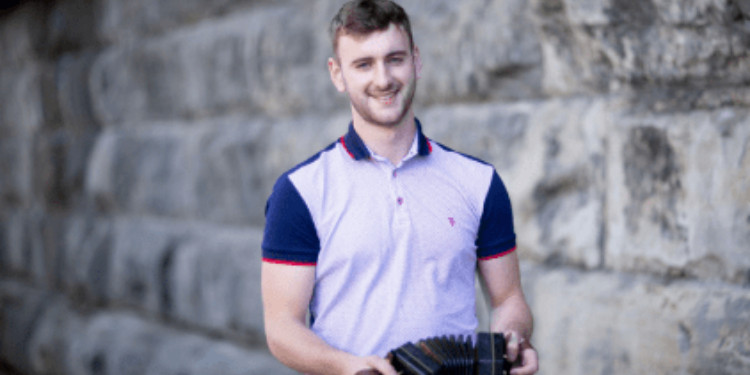 Our free Traditional Irish Concertina lessons are brought to you by Conor O’Loughlin, a former all-Ireland champion player. Along with winning a top prize at Fleadh Cheoil na hÉireann in 2017 Conor went on to win the prestigious Siansa Gael Linn competition held in Dublin with the traditional music band Dúchas. He studied Traditional Irish Music at university in Limerick and along with his college friends, went on to form The Conifers, who have toured internationally with their debut album by the same name.

Conor hails from a well-known musical family in County Clare and his brother, Brian, teaches Alison’s Irish Flute and tin whistle courses. Through our three concertina courses, Conor teaches the basics of playing the instrument along with a range of tunes, from polkas to reels, jigs and hornpipes. He also introduces techniques for ornamentation such as cuts, triplets and chords to help students achieve the desired sound.