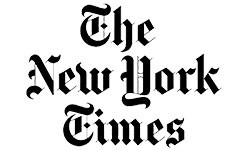 Alison provides free online interactive education to help people acquire basic workplace skills. It’s not a megasite. It has a million registered learners, the bulk of whom live in the United States, the United Kingdom, India, Malaysia, the Philippines, Nigeria and the Middle East, where Alison has 200,000 students. It is adding 50,000 learners each month, but the kinds of services it offers are likely to proliferate in the coming years.

To understand why, we only have to think back to last week, when the big news was the release of the June jobs report, which found that the unemployment rate had stalled disappointingly at 8.2 percent. As always, the story behind that number is more noteworthy than the political spin it gets. According to the Department of Labor, the unemployment rate for people in “management, business and financial operations” is nowhere near 8.2 percent; it’s only 3.8 percent. For workers in “installation, maintenance and repair,” it’s 5.3 percent. It’s workers in certain occupations — like “transportation and material moving” (10.3 percent unemployment) and “construction and extraction” (13 percent) — who are experiencing the most severe economic pain.

That’s because the skills of many workers are increasingly out of sync with the demands of the job market, and the gap is likely to grow, particularly given that only a minority of companies provide formal training to employees. This isn’t just an American problem, however. There are 200 million unemployed people around the world, 75 million of whom are youths, and many lack rudimentary workplace skills — the ability to use a computer, make a budget, communicate in an office environment. According to a study published last month by the McKinsey Global Institute, by 2020, the world will have a surplus of up to 95 million low-skill workers and a shortage of up to 40 million college graduates.

Free and open online education could help close this gap, but only if it’s intentionally directed to the people around the world who most need it. Right now, a lot of free education is thrown online without a clear sense of how it will help people prepare themselves for employment. In May, Unesco, the branch of the United Nations that focuses on education, held an international gathering in China, where representatives concluded that the development of technical and vocational education and training — what one official called the “poor cousin of mainstream education” — should be deemed a “top priority” to tackle global unemployment.

Alison addresses this need. It offers some 400 vocational courses at “certificate level” (1 to 2 hours of study) or “diploma level” (about 9 to 11 hours of study) and plans to add 600 more in the coming year. Its most popular course, ABC IT, is a 15- to 20-hour training suite that covers similar ground to the widely recognized International Computer Driving License curriculum. (Alison’s certification is free; ICDL certification can cost over $500). Other popular offerings are project management, accounting, customer service, human resources, Microsoft Excel, health studies, basic study skills, operations management and psychology... read more.