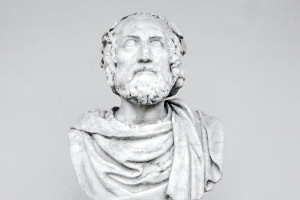 Publisher: NPTEL
This free online course covers political themes of the Enlightenment, a period known as the ‘Age of Reason’. We examine Immanuel Kant's idea of what he called the ‘categorical imperative’ to map the connections between morality, freedom and autonomy. We go through ‘The Kingdom of Ends’ and his views on republicanism and cosmopolitanism. This course links Kant’s doctrine to today’s political issues to demonstrate his enduring relevance.
Inizio Corso Ora

Enlightenment thinkers argued that freedom is a ‘natural’ right given to you at birth. In this free online political philosophy course, we explain how Kant’s political philosophies were influenced by themes like freedom and reason and the writing of other influential philosophers. Reason, in Kant’s opinion, is the arbiter of truth in all judgement. Knowledge results solely from reason and rationality, allowing citizens to make laws that should be applicable to everyone within the community. Kant argues that citizens can legislate only if they are free and autonomous. This course maps the connections between morality, freedom and autonomy. We break down Kant’s maxim of ‘a priori’ judgement, which he called the ‘categorical imperative’.

Kant was one of the Enlightenment's most prominent thinkers. We examine his theories regarding humanity’s emergence from ‘self-incurred immaturity’, which he saw as the inability to use one's own understanding without another person’s guidance. Kant argued that such immaturity is ‘self-incurred’ because it is driven not by lack of understanding but by a failure of resolution and courage, prompting his motto ‘be courageous enough to use your own understanding’. Many people remain ‘immature’ because they are lazy and cowardly and thus consent to constant external guidance. This attitude encourages others to act as their ‘guardians’, an instinct you may recognize in today’s political culture.

We then move on to ideas surrounding freedom. People have conflicting ideas when it comes to judging when an action is borne of free will or was induced and this dilemma affects our ideas surrounding political choices. Kant thought that freedom is a prerequisite for all activities and thinking so everyone is capable of thinking out their own rational principles and only they deem their will as their own. This course explores Kant’s thoughts on idealism and ethics and suits students and anyone interested in politics and its philosophy. The bones of our social and political landscape are buried in the past and we delve deep to link the writings of important thinkers to today’s headlines.