Understanding Cryptography and Its Role in Digital Communications 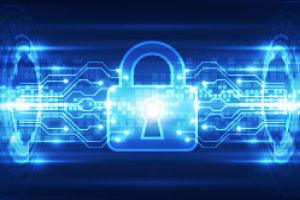 Learn more about cryptography and cryptographic methods including cyphers, the probability space, and more.

Publisher: Khan Academy
This free cryptography course will introduce you to cryptography by teaching you about ancient cyphers. In this course you will learn about the vital role of randomness in cryptographic methods with clear and easy to understand practical examples. You will also study the role of key scientists such as John von Neumann, a physicist who is known as the last representative of the great mathematicians, and a whole lot more!
Start Course Now

Cryptography plays a vital role in modern digital communication systems. With this course, you will learn how cryptographic methods allow the encryption and decryption of messages sent across digital communication networks. You will study the use of cyphers, the probability space, the Caesar Cipher which is one of the simplest and most widely known encryption techniques, and the Polyalphabetic Cipher which is a cypher that is based on substitution using multiple substitution alphabets.

You will then look into the one-time pad which is an encryption technique that cannot be cracked, but requires a one-time pre-shared key of the same size as, or longer than, the message being sent. This course will also discuss Claude Shannon's Perfect Secrecy, the Fundamental Theorem of Arithmetic, RSA Encryption, and Euler's Totient Phi Function. You will also delve into the WW2 Enigma Machine which is an encryption device developed and used in the early- to mid-20th century, and more!

Cryptography is the process of converting ordinary plain text into unintelligible text and vice-versa using different encryption methods. Upon the completion of this course, you will have a better understanding of the use of cyphers and the role of randomness in encryption. You will also gain better insight into the development of RSA encryption, the Diffie-Hellman Key Exchange, and more. Sign up for this course today and start learning more about cryptography and its role in today's digital communication networks.