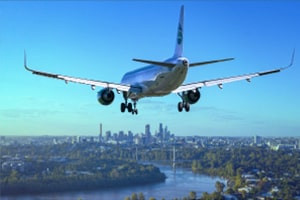 Publisher: NPTEL
This course introduces you to aircraft configuration design. It discusses the significance of an aircraft’s comparable features such as fuselage size, wing configuration optimisation to address issues and meet customer needs. Investigate modern aircraft’s advanced design features and invent a baseline aircraft that satisfies market requirements. If you are passionate about flying and enjoy learning how aircraft work, this course is for you.
Start Course Now

Do you love aircraft and desire to design them for optimal performance? There are numerous technical procedures and thought processes involved in designing an aircraft. This course features advanced design techniques for aircraft that satisfy the market specifications and has a competitive advantage. Discover exactly how to classify an aircraft into short-range, medium-range, and long-range, based on the individual features of the plane. Examine key issues such as wing configuration optimization, fuselage sizing and powerplant, which all determine the specifications for the design of an aircraft. You will learn advanced features and concepts such as 'families' and 'commonalities' and their significance in baseline aircraft design. We will demonstrate how you can create a new airliner via wing and fuselage variations or by modifications in the service operations of an existing aircraft. We will also show you key design considerations such as strut-based wing and blend wing-body, demonstrating new solutions proposed for future airliners. This specifies the features and advantages of developing a strut-based wing over conventional wings and an efficient fuel management system proposed in aircraft design that incorporates blend wing-body configurations.

Explore the Supersonic Transport Aircraft's features, including the slender ‘Ogive’ delta wings, drooping nose and fly-by-wire flight control system, making them recognizable aviation terms. Next, we will reveal a pictographic highlight of the Vortex lift system, heat exchange system and rearward movement of centre of gravity systems in the Concorde Aircraft or Concorde Supersonic Transport Aircraft. You will see the unique features and classification of military aircraft, with the aid of well-illustrated videos of the thrust vectoring and post-stall controllability properties, also referred to as supermaneuverability features in a combat aircraft. Video lectures explain concepts such as laminar flow and typical combat aircraft requirements, such as stealth, air superiority, and survivability. The factors to consider for aircraft configurations, the features of a suitable transport aircraft, and the structural configuration of the technologies that enhance the aerodynamics, avionics, and multidisciplinary optimization design of the Combat Aircraft will also be outlined.

Lastly, novel concepts that include blended wing body, fore-aft symmetry of lift in oblique wing supersonic transport systems, strut-based wing, etc., will be discussed. You will learn how the boom shaping concept proposed for supersonic aviation systems reduces the sonic boom in supersonic flights. If you are interested in the field of aeronautics, aeronautical engineering or aerospace engineering, or you’re considering a career path in any of these fields, then this straightforward, 'no fluff' course is just right for you. The layout and configuration of an aircraft determine its design specifications. Discerning how to meet these specifications according to customers’ needs is essential for aspiring aircraft designers. Why wait? Start this course today!